AUTOAPP USER GUIDE: How to book service(s) on the app

SCHOOL HOLIDAY PLANS: Things to do with the family

NEW LEXUS IS: SPORTIER AND SEXIER SALOON LAUNCHES IN SINGAPORE

JEEP GLADIATOR: Rebel with a cause

BRAKING NEWS: How to maintain your car’s brakes

CAR INSURANCE: What the insurance companies don’t want you to know

SLIPPERY WHEN WET: How to stay safe while driving in the rain 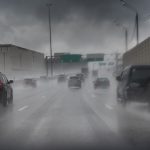 POWER PUPS: Keep your dog safe with these pet accessories

MY FIRST CAR: Why used rides are great for new drivers 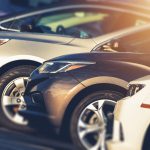 LEGO CARS SALE: Drive What you Love with Toys R Us

SINGAPORE – The Honda Civic Type R might be the most extreme hatchback you can buy in Singapore today, but that hasn’t stopped Honda from making some go-faster tweaks for the 2020 model year.

The even better news? You can put your name down for one now, as official agent Kah Motor has just added it to its price lists… If you have a spare S$154,999 lying around that is, plus another S$30,000 or so for the Certificate of Entitlement (which is sold separately).

Rather uncommonly, considering that new cars are something of a status symbol, almost none of those changes made to the Civic Type R are there to help you show off to your neighbours. Instead, they’re almost all about pleasing the driver.

Case in point, the Civic looks almost completely identical as before. The Racing Blue Pearl colour you see here is a brand new paint option, but apart from that, the only styling touch made to the new car are the little L-shaped flicks inside the faux air vents in the front and rear bumpers.

Neither is there any extra power to shout about, as the Type R’s 2.0-litre turbocharged engine is carried over unchanged. That said, with 310hp and 400Nm of torque combining to give a top speed of 268km/h, bragging rights still remain, as the Civic Type R is still the fastest front-wheel drive production car in the world.

No, nearly all of the 2020 Civic Type R’s updates are under the skin, and are aimed at enhancing the performance of both car and driver, especially around a race track.

For starters, the front grille has been enlarged by 13 percent, though it’s impossible to tell without a measuring tape. Combined with an upgraded radiator, Honda claims reductions in coolant temperatures of around 8 degrees Celsius during extreme conditions such as track use. Enlarging the grille was sufficient to affect downforce though, so the Type R’s engineers also modified the front splitter to compensate.

Behind the front wheels, you’ll find new, two-piece brake rotors and more fade-resistant brake pads that together save 1.2kg per corner. This reduces unsprung mass, which means the entire wheel and suspension assembly is able to react more freely to bumps in the road, to the benefit of ride and handling.

Alongside the brakes come some suspension upgrades – the adaptive dampers receive new software that can apparently assess road conditions ten times faster, while stiffer bushings front and rear, and lower-friction ball joints simultaneously sharpen up both the handling as well as the feedback through the steering wheel.

The last performance-enhancing addition to the Civic Type R’s repertoire concerns the driver more than the car. LogR, a new onboard and app-based data-logger, can not only keep track of vital car parameters such as temperatures and pressures, but also record lap times and telemetry while out on track, and even grade your driving skill and smoothness according to algorithms developed with pro racing drivers. After all, the most effective mods to make any car go faster are the ones that improve the person sitting behind the wheel.

Finally, we get to the changes that make the Civic Type R safer, easier, or simply nicer to live with day to day. For 2020, the Type R comes with Honda Sensing as standard, which is a suite of safety and driver-assist technologies. This includes adaptive cruise control, autonomous braking, and lane keep assist.

The interior is also updated with a steering wheel wrapped in Alcantara (instead of leather) for better grip, a weightier, teardrop-shaped gearknob that harks back to the legendary Type R models from the ‘90s, as well as physical buttons to make operating the central touchscreen easier.

Unfortunately, given the state of the world and the economy at the moment, Kah Motor has not been able to confirm when deliveries would take place. Still, at least it’ll be something to look forward to, eh?

SCHOOL HOLIDAY PLANS: Things to do with the family

BRAKING NEWS: How to maintain your car’s brakes

SPECIAL EDITION MINIS: Here’s why they could be the special addition to your motoring life

NEW LEXUS IS: SPORTIER AND SEXIER SALOON LAUNCHES IN SINGAPORE